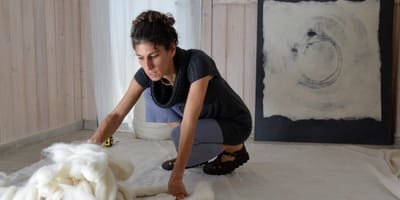 Neta Ashuach, born in Israel 1968, uses unspun wool as her medium.
She creates three dimensional felt 'containers' and two dimensional airy sheets in
which movement is traced by varying the thickness of the material.
Neta was trained at the Kalisher School of Arts in Tel Aviv (1994)
graduate of the Anthroposophical Art Therapy program (Margarethe Hauschka Institute in
Bad-Boll, Germany-1988)
and completed Hakomi Psychotherapy training, (Shiluv Center/ Israel 2015).
Neta's work has been exhibited in Israel and abroad.
In her work, she emphasizes the somatic, nonverbal experience, and the
sensory presence. Her recent series is inspired by Moth larvae, which feed on
wool and the organic process of decomposition and recreation
She resides and works in Qiryat Tivon/ Israel

I work with raw wool fibers. By precise laying and felting, I construct both sculptured
felt 'containers' and airy sheets in which movement is suggested by changes in the
.thickness of the material
My work is influenced by Zen, and by practicing attentiveness to the bodily
experience.
The recent series was created over the last several years during the time I was
studying the Hakomi method of Mindfulness-Centered Somatic Psychotherapy and is
much affected by observing healing and development processes.
The three dimensional series: "Body-Basin” was based upon my (female) bodily
experience, and was initially created on my own body. The two dimensional 'Moth'
and 'ENSO' series follow the trails left by the caterpillars that feed on the wool
reflecting the organic de/composition processes, the creation and destruction
revealed by the ephemerality of matter. Through my work I strive to encourage the
viewer to linger in the nonverbal sensory space, to reduce conceptualization and
Thinking processes, to open space for the creative void 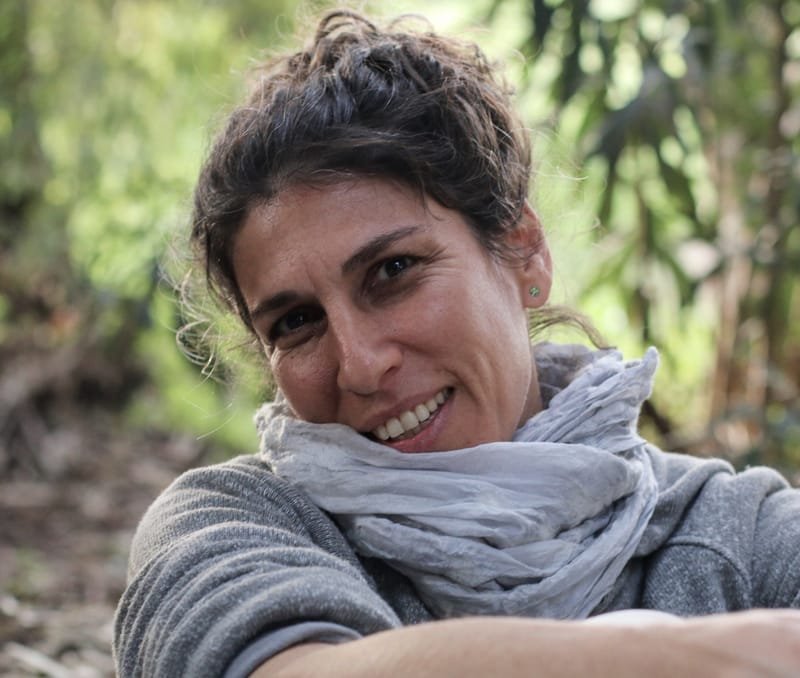